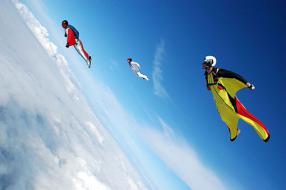 The largest parachute production in Russia was opened in the city of Kirzhach, Vladimir Region

Parachute factory with an area of ​​5 thousand square meters. m, designed to produce more than 2 thousand parachutes for military and civilian use per year, opened on the basis of the Scientific Research Institute of Parachute Building (part of the Technodinamika holding) in Kirzhach, Vladimir Region, the press service of the State Corporation Rostec said in a statement “.

The range of products created at the plant includes cargo, special, ammunition, brake, space and human parachutes, including large-sized systems with a dome area of ​​more than 1 thousand square meters. m. Among the key tasks of the enterprise is the development of promising parachute systems for military and civilian purposes.

The new plant created about 300 additional jobs. The enterprise includes sewing and weaving, a laboratory and production building, the Kirzhach experimental aviation aerodrome, flight test benches, and also a hotel for employees and invited specialists.

As the head of Rostec, Sergey Chemezov, clarified, the plant was built as part of the federal target program for the development of the defense industry of Russia. According to him, the facilities of the enterprise provide an opportunity not only to satisfy domestic demand, but also to enter foreign markets with modern competitive parachute products. “The creation of such industries is consistent with the corporation’s development strategy, which provides for an average revenue growth of 17% per year and an increase in the share of civilian products to 50% by 2025,” he said at the official opening ceremony of the plant, which included the presentation of promising special and civil parachute systems destination.

The General Director of Technodynamics Igor Nasenkov, in turn, noted that the launch of a new production line that allows to realize the full product life cycle was made possible thanks to the joint work of the holding with colleagues from the Ministry of Defense, the Ministry of Industry and Trade, and the Rostec industrial cluster. “The holding’s future plans include the modernization of the airdrome, the development of its infrastructure and, as a result, the increase of opportunities and services for our key customers,” he added.

Technodinamika Holding (part of Rostec State Corporation) specializes in the development, production and after-sales service of aircraft systems and assemblies. In addition, the holding produces parts and assemblies for such industries as oil and gas, automotive, transport, energy. “Technodynamics” includes 35 enterprises located throughout the country – in Moscow, Moscow Region, Ufa, Samara, Yekaterinburg, Arkhangelsk Region and others.

Scientific Research Institute of Parachute Engineering JSC is the leading enterprise in Russia for the design, research, testing and manufacturing of parachute equipment, created in 1946. The Institute conducts research and development in the field of parachute technology, manufactures and modernizes complex ground and flight parachute systems for manned and unmanned spacecraft, as well as crews of all types of aircraft. The only Russian head developer of parachute systems for various purposes and one of the few enterprises in the world that independently carries out the full cycle of creating parachute systems, including research, development, manufacturing, testing and modification. Included in the holding “Technodynamics”. 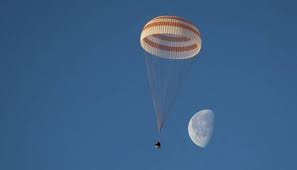 Beginner Tips - Low U-Turn (part 1)Starting from the very first jumps, skydivers are taught that a low U-turn is one of the main causes of parachuting accidents. When turning, the vertical speed increases, and when…